We recorded in a typical out-of-the-mainstream alternative small studio in Kreuzberg.
Brian Trahan jumped in as the engineer and some great creative inputs.

Nir Sabag on drums and Gianfranco Coppola on upright worked the magic,
and set the musicianship to ever higher standards.
And I doubted every note I played.
Thought I lost my keys.

This was an amazing session.
The resulting tracks are beautiful, fresh.
And have that please-no-too-polished feel I was hoping for, to avoid bearing any resemblance to the pop we are used to hearing on the airwaves (not that we don’t like it).

We recently mixed the five titles. The whole should be released in September 2017 on my own indie label.

Thank you Nir, Gianfranco, Brian
and all. 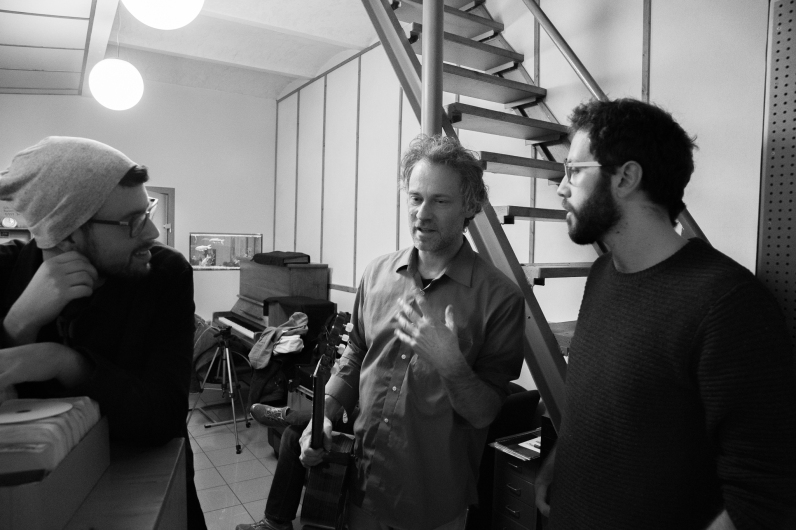